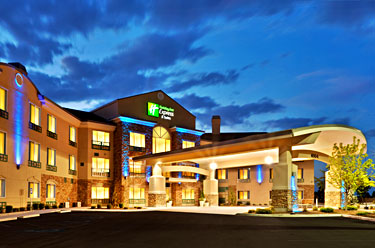 Holiday Inn Express & Suites Hotel is conveniently located just 1 mile from the Nampa Municipal Airport and 15 miles from the Boise Municipal Airport. Our hotel offers shuttle service to and from these airports.

Along with being in close proximity to the Idaho Center, our hotel is also near hundreds of local businesses, including the Gateway Shopping Center, Karcher Mall, Micron, and Amalgamated Sugar. The Holiday Inn Express in Nampa has a convenient location, two large meeting rooms and a 24 hour Business Center.

“One of the nicest HIE there is with the vaulted fireplace entry, spiral staircase, AND has a courteous professional staff that know how to treat their guests right. Rooms are spacious and comfy. Great for kids with the pool and the lounge/den area is great for those that like to chill.. Exceeded my expectations. Can’t go wrong with the free breakfast. Best value for the $. We will be returning!”

Are you interested in setting up a NEGOTIATED RATE for your business or a GROUP BLOCK for your team or event at the Holiday Inn Express & Suites – Nampa Idaho Center? 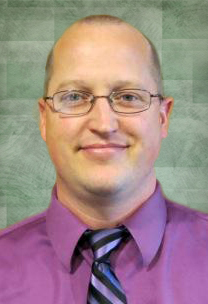 David Staker started his hospitality career in the fall of 2000 with the Econo Lodge in Boise. He started there as GM his senior year at Boise State University, while studying economics and accounting. He received his associate’s degree from Rick’s College one year prior.

At the Econo Lodge David found his love for the hospitality industry and interaction with a large variety of guests. After almost 2 years he left to try out the banking industry and government work. David decided after 2 years of other work that he wanted to return to hotel management.

In the fall of 2004, David became general manager of the Comfort Suites in Meridian, ID. After one year with Om Sai Inc, a hotel management company, he started to oversee a neighbor hotel. Six short months after overseeing the hotel, he became general manager of both the Comfort Suites and Holiday Inn Express. This lasted a year before becoming the area manager for Om Sai Inc., assisting in the operations of 5 hotels and the construction of another hotel.