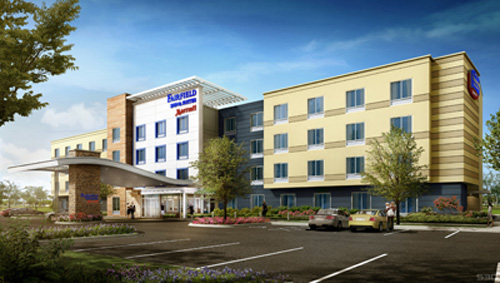 Travel with confidence at Fairfield Inn & Suites by Marriott® a hotel with outstanding service for an easy and comfortable stay-at an exceptional value. We are always ready to welcome you to our thoughtfully designed guest rooms and suites with plenty of room to work and relax. Free Wi-Fi throughout the hotel will keep you connected during your stay and our pool and fitness center will help you stay on track. Spread out in our vibrant lobby, with spaces to gather, relax and work. And jump-start each day with our free breakfast, now with more hot choices like scrambled eggs, sausage and oatmeal, plus favorites including fresh fruit and yogurt. You’ll always find the courteous service you deserve, plus all the little things you expect from Fairfield Inn & Suites during your stay. Ask us about The Fairfield 100% Guarantee where we promise you’ll be satisfied, or we’ll make it right. That’s our commitment to you

“Just opened three weeks. Beautiful rooms, awesome views, reasonable rates for quality. Spacious rooms as well…a fitness room and a continental breakfast. The service at the front desk was outstanding. David really assisted us. We were fortunate to get a room as a drive up.”

Are you interested in setting up a NEGOTIATED RATE for your business or a GROUP BLOCK for your team or event at the Fairfield Inn & Suites – Pocatello? 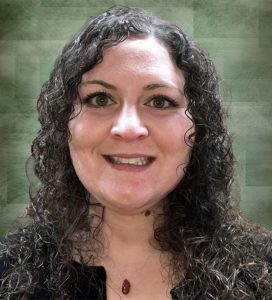 Tamara grew up in the small community of Albion, Idaho.  She completed high school in Declo where she found her natural love of working with people while assisting in the high school office.  She went onto college at Idaho State University where she graduated with a degree in marketing and management in 2008.  Her college days were spent assisting the management team at the Super 8 in Pocatello where she later became the General Manager.

In 2011 she moved to Williston, North Dakota and was recruited to manage the Candlewood Suites.  After a few years away from family, she decided to move closer to home and found her way to InnTrusted and the Holiday Inn Express in Pocatello where she worked as the Front Office Manager.  In 2017, because of her leadership, hard work, and hotel experience, Tamara was asked to help InnTrusted open the new Fairfield Inn & Suites as the General Manager.